Bal Jagat- Children's World Inc. is licensed throughout Southern California and we have social workers in each area to work closely with families. Our Exempted Provider Social Workers are oversighted and trained by Bal Jagat Directors and are all MSW and/or LCSWs. They genuinely care about the families and build a relationship that lasts from the homestudy to child placement to progress reporting. Our social workers become like your family, and are eager to help you adopt your child. 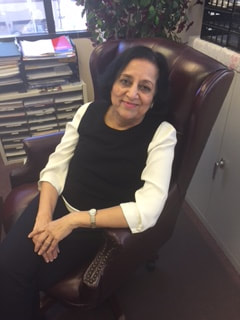 Hemlata has her Bachelor of Arts in Philosophy and a minor in Psychology from the University of Bombay. She also is an Alumni from the world renowned School of Social Work, Tata Institute of Social Sciences (TISS), where she earned her Master of Social Work Degree. Hemlata volunteered & worked in orphanages in India. Hemlata is the Owner/Founder/ Executive Director of Bal Jagat for 37 years. She has visited orphanages and opened country programs worldwide, in addition to raising her family.   In 2008, she received PBS Local Hero of the Year for Asian Pacific Heritage Month.

​In 2016, she was honored with Congressional Recognition as an "Angel in Adoption," and was presented the award in Washington DC. In 2020, she was awarded a Woman of Distinction by CA Assemblyman Patrick O'Donnell's office (ceremony pending Covid). Hemlata speaks six Indian languages, enjoys Bollywood films, and very close to her family. 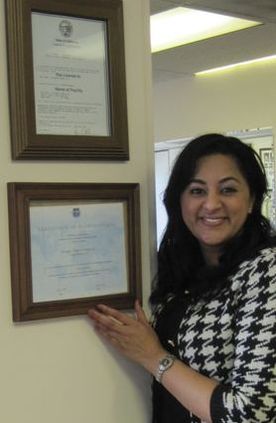 ​Mausami Momaya has a Bachelor and Master of Social Work Degree from California State University, Long Beach. She also has her LCSW (Licensed Clinical Social Worker). Mausami is the Director of Social Services. She has worked in Domestic Adoption at Los Angeles County Department of Children and Family Services (DCFS). Mausami has visited orphanages worldwide as a child and as an adult. She completes the documentation for all foreign country licenses. Mausami is  the Agency Hague Coordinator, Social Media Director, and a Notary Public.

In 2015, Mausami was awarded "Woman of Distinction," by the California State Assembly, and acknowledged by the US House of Representatives and Senate. CSULB, her alumni, honored Mausami with the 2016 Community Service Alumni Award. Mausami has worked in both domestic and international adoption for over 27 years. Mausami's hobbies include dancing, international travel and animal causes. 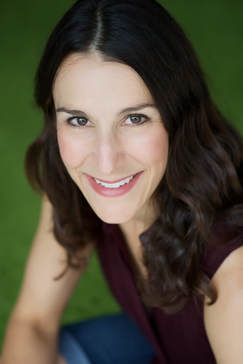 ​Julie Bank has worked as an Adoption Social Worker exclusively with Bal Jagat - Children’s World Inc. since 2003. She has a Masters of Social Service Administration from the University of Chicago. She has worked both professionally and as a volunteer in Social Welfare organizations such as the Chicago Urban League, Dallas CASA (Court Appointed Special Advocates), and the Children’s Home and Aid Society of Illinois. Julie has completed hundreds of home studies and countless progress reports for children adopted from all corners of the world. Julie is the Vice President of Social Justice at University Synagogue in West Los Angeles and on a national level, she is currently serving as the Chair of the Economic Justice Task Force on the Commission on Social Action for the Religious Action Center of Reform Judaism and is a trustee-at-large on the Union for Reform Judaism North American Board. Julie Bank is married to Steven Bank, Professor of Law at the University of California, and proud mom of four kids, ages 20, 17, 11, and 8! 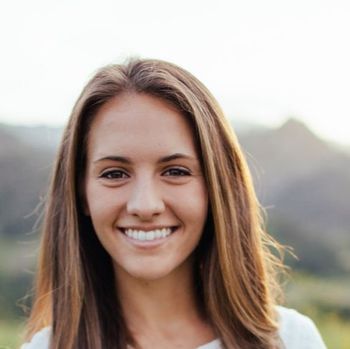 Katy Smyth received her B.A. in International Studies from Pepperdine University and her Master of Social Work Degree from University of Southern California. Katy has experience in the non-profit sector serving diverse communities locally and globally. Before graduate school, Katy lived in La Paz, Bolivia for a year working for International Justice Mission with victims of violence. She is bilingual in Spanish. She has experience working with children, youth and families in various therapeutic settings. Katy is passionate about international adoption and helping people find their forever families. She is recently married, and Katy and her husband hope to adopt someday. 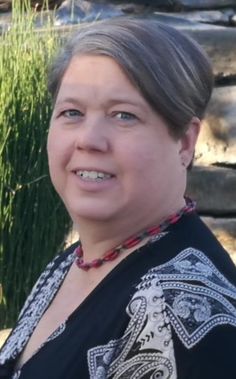 Beverly received her Bachelor’s Degree in Sociology from Brandman/Chapman University. She  earned her Master of Social Work Degree from the University of Southern California (USC), with a concentration on family and children. She has spent many hours volunteering in various children and youth groups in her church. Beverly comes from a large family in which adoption has played an important part. She enjoys spending as much time as she can with her family. One of the most important roles she has is that of a grandmother. Her grandchildren are the light of her life! Outside of Beverly’s professional life she also enjoys going to the beach, traveling, cooking, gardening, making greeting cards and sewing. ​

​​Our Board of Directors​

​​​Douglas Yeoman, Board President (and family) 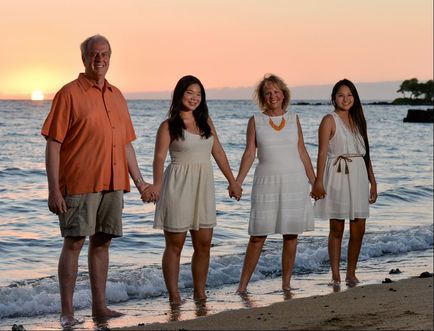 ​Douglas Yeoman, who has served as our Board President for a number of years, is the proud father of 2 beautiful daughters he and his wife Linda adopted from China.  Doug is the Managing Partner at Parker & Covert LLP, whose law firm specializes in the representation of school districts, community college districts and other public entities throughout California.  In addition to his passion of assisting and advocating for both his own children and those attending the school districts his firm represents, Doug is an organist who has played for various churches since age 12, and is an avid runner who has run more than 80 marathons and half marathons.

Yogesh Patel, Board Secretary (and family)

Dean Holmes, Board Treasurer (and family) 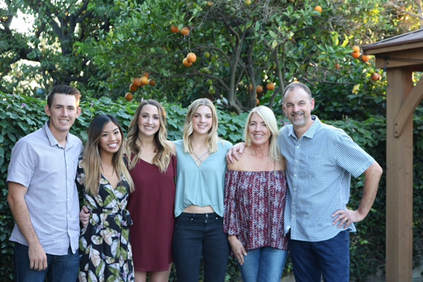 ​Dean Holmes is our Board Treasurer and has been so for several years and is also a 30 yr practicing financial planning professional currently with VALIC Financial Advisors. In addition to spending time with his family, Dean enjoys boating, golf and many other outdoor activities. Dean is actively involved with his Church and both he and his wife Lisa are members of many of their church's support groups aimed at helping others through community service projects and activities aimed at uplifting the community.
"I spoke with Hemlata and Mausami several times. They are heart-warming, happy people who truly believe in what they do. They are the professionals of international adoption. Bal Jagat will give the best service for parents and kids. Thorough and knowledgeable, they will walk you through the process hands in hands. They are angels." - A-mei, Community member

"Hello! It has been quite a while since we last spoke. Our son Ben is doing incredibly well. He is in his third year of college at - University and plays tight end for the football team. He is 6'4 and athletically talented. His grades are good and he has found love with an amazing girl who attends - as an engineering student. He is funny and very well- liked by everyone who knows him. He is a bit shy and doesn't like to be the center of attention. Nevertheless, he has established lasting friendships with great kids from his high school who have also gone on to play college sports.
I created a video of his adoption and his first 13 years. I wanted him to feel known and celebrated.
I hope you enjoy the video! Thank you for helping make all of this possible! We send our very best wishes for health and happiness to you and your family."- CeCe A. Adoptive Mother of child from Romania.

"There is an obvious love for what they do here. It is family-centered: from the agency itself to the pictures of decades of happy adopted children and families. Bal Jagat makes sure that the children are the focus of the adoption journey and that they are well-matched to their forever families. They have been recognized locally and nationally in providing such caring service to both child and parent. They are a compassionate and trustworthy team that families can rely on."- Karen C. Community Member and Pharmacist (Posted on Google)

"Dear Hemlata & Mausami. Thank you for all the & cares that you have given all these years to those children at orphanages around the world. May the Lord Almighty repay your kindness for all the good things you have done. May you be richly rewarded by HIM. He has seen all the good deeds you have done! Thank you also for always be(ing) there for me and being patient. I appreciate all of your help and support. May God richly bless you always in every aspect of your life."- Susan S. Adoptive Mother waiting for a child from China.

"AMAZING, these ladies will give you the best services... these ladies were there for me and answered so many questions. This was my first experience with international adoption and I had so many questions. They responded quickly and very thoroughly every time. I only started the process and they were such good help without me even signing anything. You can tell when someone loves their job and are willing to do anything to help and that is the case in Bal Jagat.
If we do another adoption I wouldn't even hesitate on working with them again. I loved their dynamic and how they were always on top of things. Hemlata and Mausami are fantastic and I'm sure these two ladies are going straight to heaven with all the service they have provided to so many families. Hope this review helps another person looking for help in their adoption process, I wish I would've found them since the beginning. They are fantastic!"- Dascia E.

​To learn more, make an Individualized Orientation Meeting today!
See Contact us page for form to complete & we will be in touch with you!